The power of gifting

When shops in the western world adorn their spaces with Christmas decorations; streets sparkle with elaborate patterned lights; and fir trees enter the limelight; we know the festival fever is upon us all.

Online traders and businesses are no less robust in their presentations with enticing offers, colourful images and a promise of the joy of Christmas. It is the time of year when Christmas, with its warm, fuzzy trappings, raises our spirits and hopes so we can end the year positively, barely noticing the dull, cold weeks of winter in the northern hemisphere. 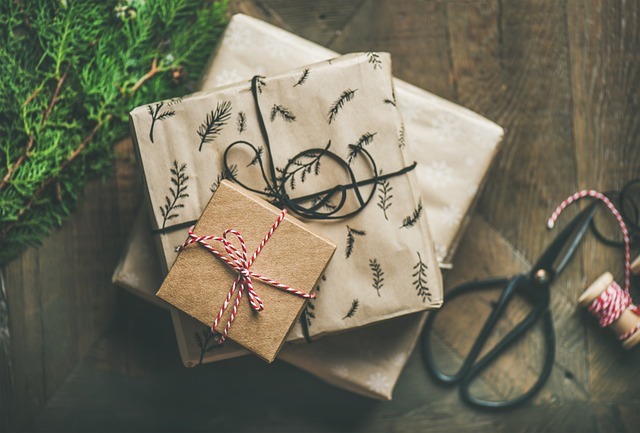 Food and gifts are the highlights of Christmas the world over, without which the festival would be a dull event indeed. The virtues of goodwill and generosity are paramount. While innumerable charities raise money for their causes, people extend their good wishes to family and friends through gifts and home cooked food.

Gift giving is one of the most ancient human expressions of generosity and connection, dating back to the caveman era. In those days it was an animal tooth or an unusual stone which served as a present. Even chimps and monkeys give food to others in their pack to ensure trust and pack survival. Ancient Egypt and Rome made offerings to Gods.

Bedouins, the travellers of the Arabian peninsula, exchanged gifts with fellow travellers. At the end of Ramadan, Muslims break their fast while giving gifts to friends and charity. Gifting is inherent in the Islamic culture as a token of acquiring merit. The Mouri tribe of the South Pacific exchange gifts which are regarded as imbued with the spirit of the giver.

Buddhist monks have the Katina festival after their three months rains retreat, when lay people gift them new robes and donations. It is believed that the giver gains good karma or merit for supporting the monks.

The Hindu Diwali festival, that celebrates the return of Lord Rama to his kingdom after years in exile, is one of fireworks and gifting of sweets and nuts. Wearing new clothes is more significant than exchanging gifts.

Christmas celebrates the birth of Christ and since the three wise men presented him with Gold, Frankincense and Myrrh, gifts have traditionally been an integral part of Christmas, a festival that is universal with even the non-religious partaking in its joyful activities. Gifting has different meanings to different people but the immense satisfaction and joy it gives cannot be doubted. It is a thoughtful act as old as mankind.

Today, according to the Bank of England, a typical household in the UK spends an average of £740 more in December than in other months. It claims that online shopping has almost doubled in the last five years, 21% accounting for overall December spending.
However, as we become more environmentally and cost conscious, people are having to put more thought into gifting. Plastic items, useless gimmicks and throwaway items are all coming under scrutiny.

It is said that the vast majority of people are given presents that they don’t like. Why not consider products that people can use and are hard to dislike such as food hampers, high quality natural bath products and candles, and hand crafted gifts which will always be special.

Virgin soaps smell divine and are harmless to human beings and the environment. They make excellent gifts for everyone but especially for the older generation who are not keen to accumulate more material stuff in their lives. They feel luxurious while you use them and, once finished, they no longer take up space.

Whatever you gift, may it to meaningful to you and the receiver.

Enjoy the festive season and have a great New Year!

This website uses cookies to improve your experience while you navigate through the website. Out of these cookies, the cookies that are categorized as necessary are stored on your browser as they are essential for the working of basic functionalities of the website. We also use third-party cookies that help us analyze and understand how you use this website. These cookies will be stored in your browser only with your consent. You also have the option to opt-out of these cookies. But opting out of some of these cookies may have an effect on your browsing experience.
Necessary Always Enabled
Necessary cookies are absolutely essential for the website to function properly. This category only includes cookies that ensures basic functionalities and security features of the website. These cookies do not store any personal information.
Non-necessary
Any cookies that may not be particularly necessary for the website to function and is used specifically to collect user personal data via analytics, ads, other embedded contents are termed as non-necessary cookies. It is mandatory to procure user consent prior to running these cookies on your website.
SAVE & ACCEPT
Scroll Up